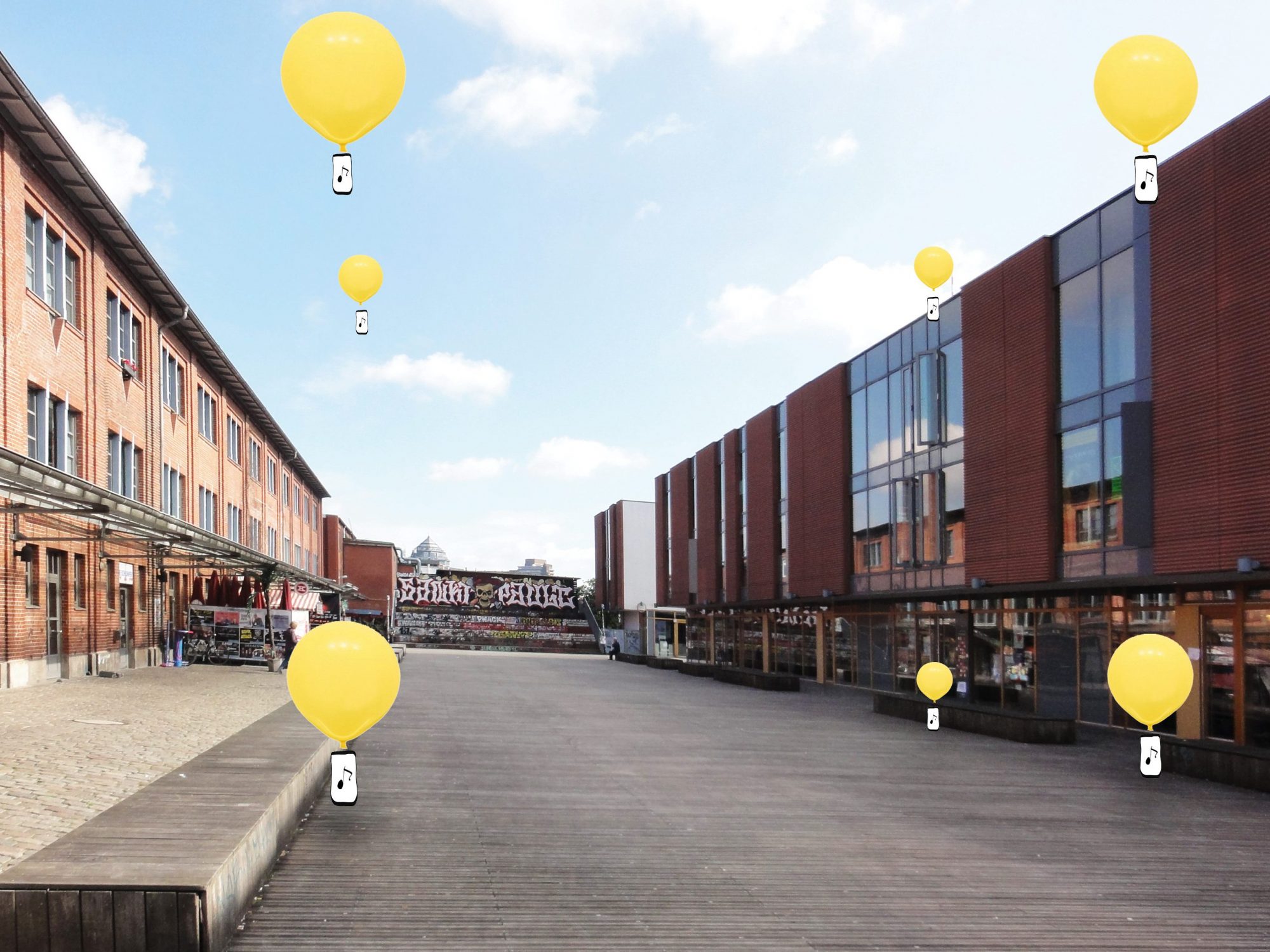 16-voice installation for mobile phones.
The audio sculpture LTE Eden was installed to open the Kultursommer 2016 KulturSommer Festival in the historic city center of Lauenburg. Four mobile phones rised into the air by helium balloons, four others remained on the ground. In a sound cube of phones, the audience had the opportunity to call the devices. Every ringtone was specially composed, adapted to enter a polyphony with the other notes. The contact-numbers of the phones were published. When called by the audience, the installation depicted a continuous sound carpet, modulated in control of the callers. Theme of the composition was the biblical quotation

And they heard the sound of God, the LORD, who walked in the garden by the wind of the day. (Genesis 3.8)