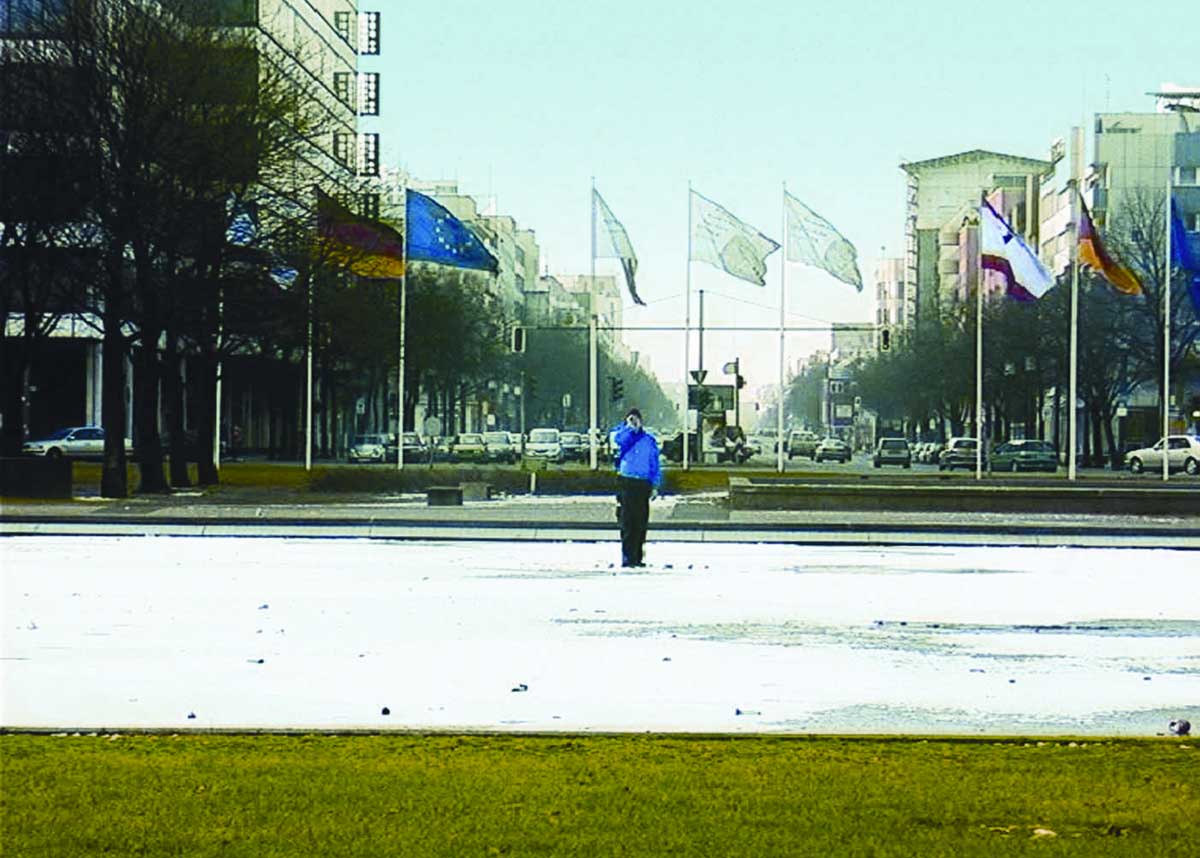 Fragmentation of space.
Point of View documents an urban space in image and sound. A camera encircles a person who is always turning towards it and thus becomes the centre point of the image recording. The projection area for playback in the installation is fanned out in several parts. In the middle, the filmed person is projected. On the side, screens mounted in the room catch the periphery of the film.