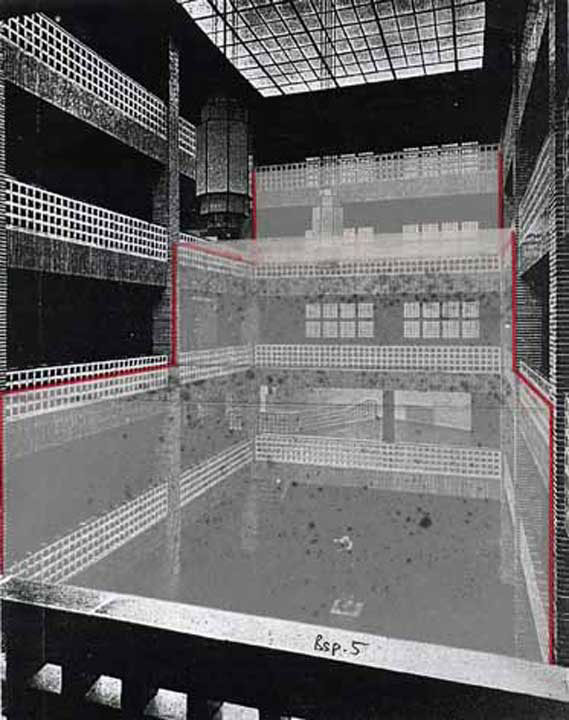 Architecture as an Instrument.
The old building of the of the Berlin-Brandenburg broadcasting corporation was created in the 1920s by the well known architect Hans Poelzig. In the Punktläufe performance, the architectural rhythm of the building was transformed into stereophonic soundscapes. Guided by a conductor, ten actors with specially developed instruments scanned the tiled room. The resulting noise and reverberation were used for the composition. The piece took place during Ultraschall Festival for new music and was recorded live and broadcasted later.